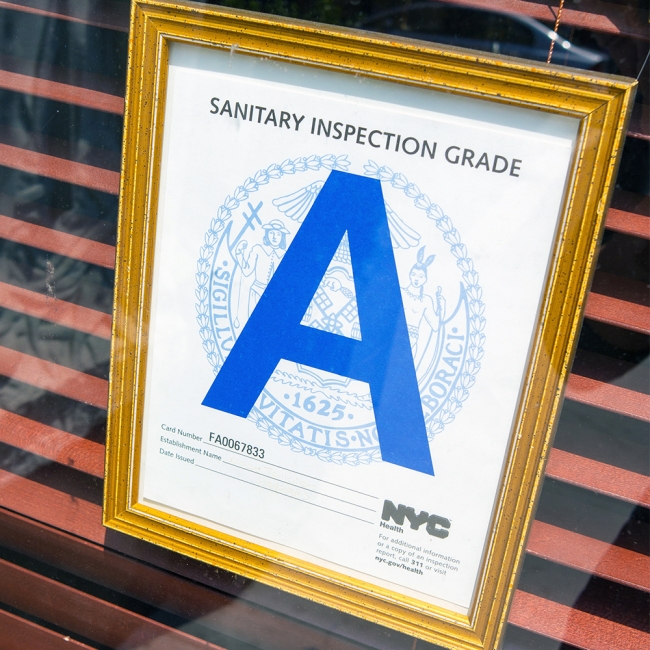 Since the 1940s, government inspectors have examined restaurant kitchens to make sure food is kept at the proper temperature, that counters and cookware are clean, and that roaches and rodents are nowhere to be found. By the 1950s, 400 cities were using grading systems of one kind or another, but those scores weren’t always useful to consumers, if they saw them at all.

In the late 1990s, leaders in Los Angeles County, California, launched a food-safety program that required restaurants to prominently display their inspection grade — be it A, B or C — inside the restaurant for the public to see. Other states, such as Colorado and New York, have also used this type of restaurant report card.

In Los Angeles County, the only large study of its kind found that prominently displaying letter grades reduced food-borne illness outbreaks linked to restaurants, with associated hospitalizations down 20 percent. The Center for Science in the Public Interest recommends that all state and local governments require food establishments to place inspection grade cards in the window.