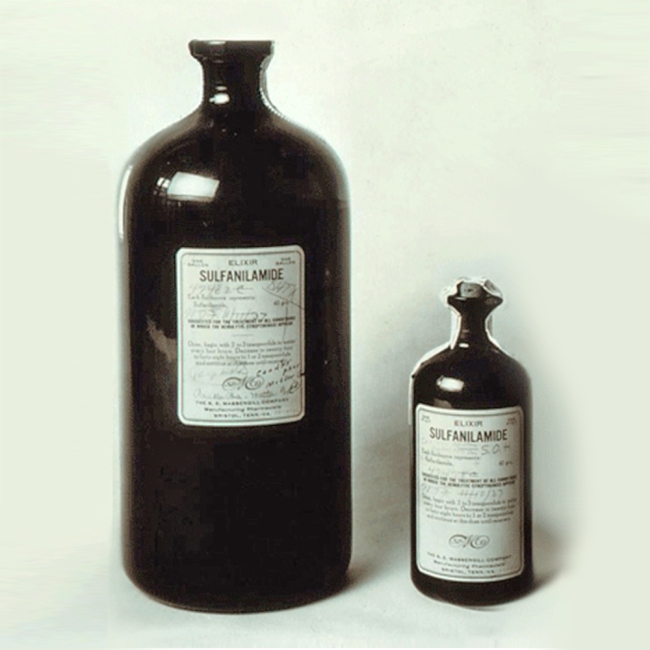 In January 1937, the world-changing use of penicillin to treat infections was still five years away. When an article in the Journal of the American Medical Association suggested the antimicrobial drug sulfanilamide might fight strep infections, several companies rushed to develop capsules and tablets and get them to market.

Among those entering the fray were Tennessee’s S.E. Massengill Company, which whipped up a raspberry-flavored liquid “elixir” to meet demand. The solution included 10 percent sulfanilamide, 16 percent water, small amounts of raspberry extract, saccharin, amaranth and caramel — and 72 percent diethylene glycol, a chemical used as a moistening agent and in the production of resins and explosives.

The company shipped its miracle drug to hundreds of pharmacies all over the country. But soon people were dying — 105 by the end of the crisis. Diethylene glycol, it turned out, was a poison and the elixir was toxic.

At the time, the young U.S. Food and Drug Administration did not have the authority to check the safety of medications before they went to market. In the wake of the tragedy, the U.S. Congress passed the Federal Food, Drug, and Cosmetic Act of 1938, which established a new standard requiring pharmaceuticals to undergo an FDA safety review before they could be sold.