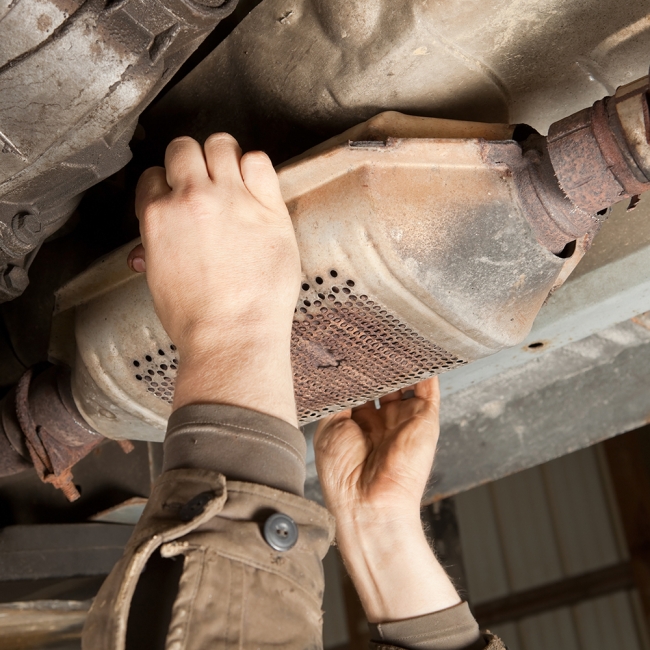 It’s a case of what we can’t see can actually hurt us. Motor-vehicle emissions have always created a noxious mix of byproducts including sulfur dioxide and particulate matter, which can inflame lungs and exacerbate asthma, and pollutants like benzene and formaldehyde, which can contribute to cancer, birth defects and other serious illness.

In 1950, French chemical engineer Eugene Houdry patented the first catalytic converter in the United States – a large metal box bolted to the underside of cars that reduces tailpipe emissions by more than 50 percent. Using a combination of platinum, palladium and rhodium as catalysts, pollutants are removed and fewer toxins are released through a car’s tailpipe. In the mid 1970s, catalytic converters became standard on cars manufactured and sold in the United States.

The benefits catalytic converters provide can only go so far. Unchecked emissions still contribute to smog and other pollutants that are released into the air each day and, as of 2013, the transportation sector still produced more than half of the carbon monoxide emitted in the United States. And around the world, many developing countries are finding that the more successful their economies become, the more pollution-emitting cars are on the road.