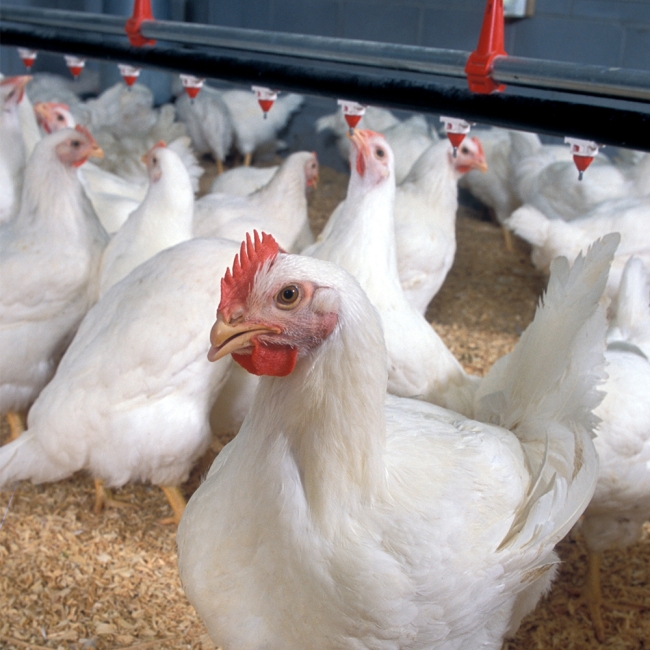 Before the 20th century, poultry were mostly raised on household farms and ate insects, table scraps and plants around their pens. But that all changed in the 1920s when Arthur Perdue transformed small-scale chicken farming into a colossal industry. The goal: Raise as many chickens as quickly as possible with the smallest amount of feed, the key to making the most money.

Enter antibiotics. In 1951, the U.S. Food and Drug Administration first approved the use of antibiotics in chicken feed at concentrations too low to prevent or treat disease. It appeared that these new miracle drugs, approved to treat human infections in the early 1940s, were able to rapidly fatten up chickens for market. Today, more than 80 percent of antibiotics sold in the United States are added to animal feed, making this use the major contributor to antibiotic resistance and superbugs in the United States and around the world.

Many experts have warned that antibiotics, one of the greatest public health discoveries in history, could soon lose their ability to fight off infections that used to kill countless millions. Already, the Centers for Disease Control and Prevention says 23,000 people a year die from antibiotic-resistant infections.

The World Health Organization, the American Medical Association and many other organizations have called for controls on antibiotic use in feed. Despite this, the amount of antibiotics used in animal production in the United States has increased in the last five years.