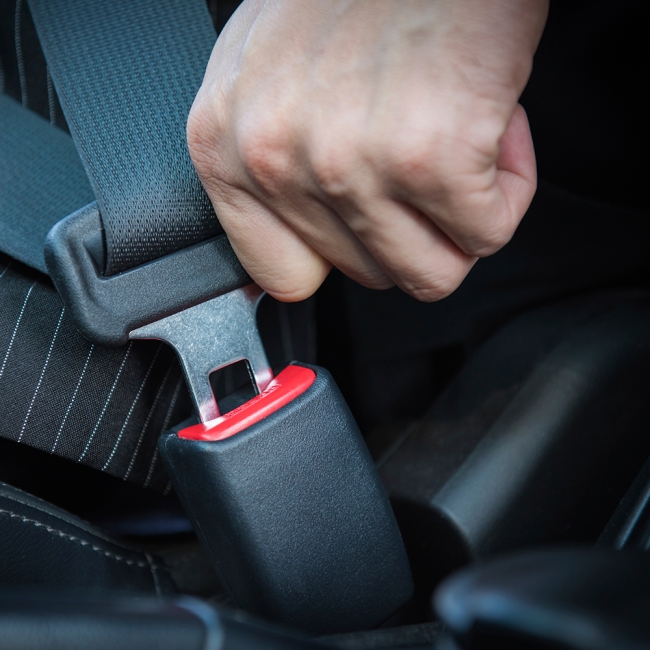 Wearing a seat belt in a car reduces the risk of a fatality among passengers by as much as 75 percent. First invented in the mid-19th century by English engineer George Cayley for use on his monoplane glider, the seat belt rapidly evolved from across-the-lap straps to the three-point model first made standard in Swedish vehicles in 1958. With fatal car crashes rapidly increasing in the United States, American engineers followed suit.

Since 1994, laws allowing law enforcement officers to issue citations to those who forego seatbelts and awareness campaigns such as “Click It or Ticket” have contributed to a record 86 percent of Americans using seatbelts. Of course, there’s room for improvement: Nearly half of those who die in vehicle crashes in the United States are not wearing seatbelts. Globally, seatbelt use remains well below the U.S. average.