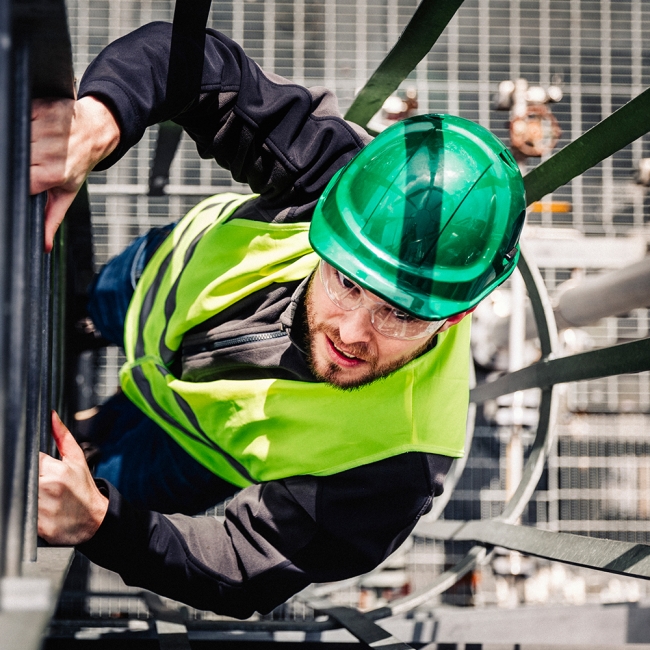 An emblem of workplace safety, the yellow hard hat evolved from caps made of hardened tar used by construction workers in the early 1900s. At the turn of the 20th century, San Francisco’s E.D. Bullard Company made leather protective hats for miners. The steel helmet Bullard’s son brought home from World War I inspired a second hat made of steamed canvas. Eventually the younger Bullard improved upon the hat for naval shipyard workers. In 1931, workers building the Hoover Dam were the first to be required to wear hard hats for their safety. Now required by law on all U.S. construction sites, today’s hard hats are made today of tough plastics and an interior suspension system to soften the blow when an object — whether a wood plank or a dropped tool — strikes the helmet.