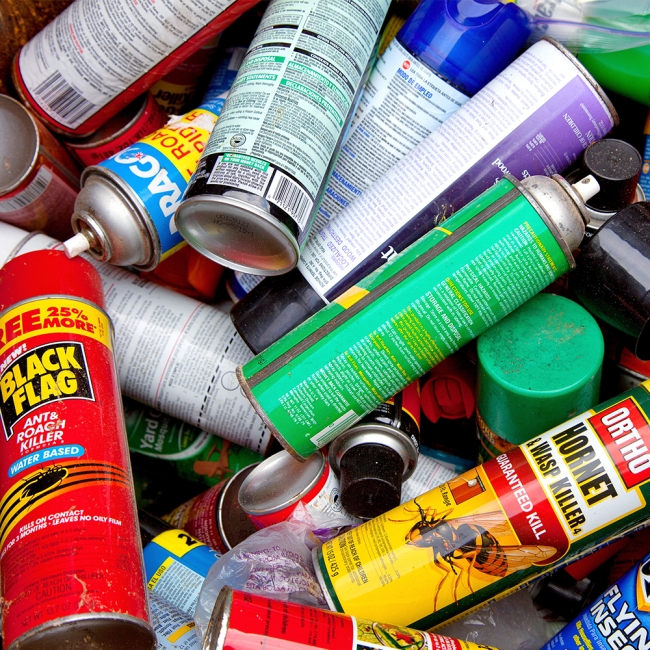 Patented in 1943 by U.S. Department of Agriculture researchers, the aerosol spray can as we know it today made its debut in World War II when it was used as a container for insect repellant. By the 1970s, aerosol cans contained everything from hairspray to whipped cream substitutes. However, scientists discovered that the chemicals that powered the spray, called chlorofluorocarbons, or CFCs, were depleting the Earth's ozone layer. This ozone depletion led to a hole in the ozone layer over the South Pole, which has increased the transmission of UV light — and the risk of skin cancer. In 1987, an international treaty led to the phasing out of CFCs in aerosol cans (and other uses) and their replacement with safer chemicals.