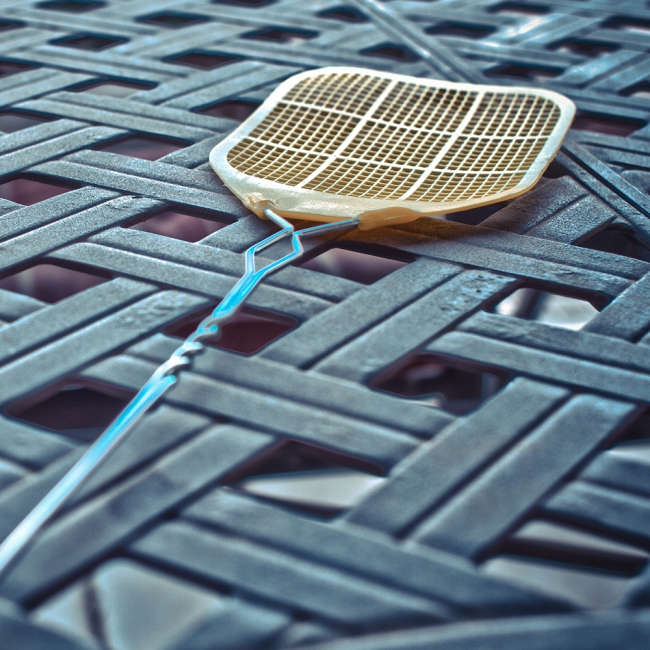 Born directly out of a public health effort, the handy fly swatter exemplifies a low-cost, chemical-free answer to the spread of disease. At the turn of the 20th century, before the creation of modern vaccines, Kansas Secretary of Health and public health reformer Samuel J. Crumbine campaigned against flies, which can carry deadly diseases such as typhoid fever, cholera and other infections. Crumbine urged people to screen their windows and swat flies dead. In concert with Crumbine’s anti-fly campaign, a Kansas Boy Scout troop nailed spare pieces of window screen to yardsticks. The contraptions became the first fly swatters, soon handed out for free at the Kansas State Fair, county fairs and parades all over the state.