PATTAYA, THAILAND—Malawi is often seen as a success story on contraceptive prevalence rates—but there are a lot of missed opportunities, particularly when it comes to getting men on board.

Very few men are embracing male methods like vasectomies, as Tim Shand, PhD, and his team learned last year in household-based surveys and interviews they conducted to learn more about male involvement in family planning in southern Malawi. Some key findings:

A core barrier: There is little understanding of male family planning methods, especially vasectomies. That poor understanding drives negative perceptions on vasectomy, according to Shand, who shared his research at the International Conference on Family Planning today. Some examples:

The researchers also interviewed women to determine their views, and learned that many women object to the idea as strongly as the men—with many feeling that the responsibility for family planning rests with women, or expressing fear over a sense of permanence associated with vasectomy.

Yet no one is targeting men to challenge their misconceptions about family planning. “We haven’t positioned our programs to make men interested or to involve them,” said one woman who works for an NGO providing reproductive health services.

In fact, some men told Shand that talking to him was the first time they’d ever had a conversation about reproductive health and family planning. And, Shand commented, health centers often seem conceived and oriented as a place for women and children, with very little information on anything targeting men.

There is also just a sense that vasectomy just isn’t a priority. A senior health ministry official told Shand, that, in terms of national priorities around reproductive health care, “men are a luxury.”

However, there are big opportunities, Shand notes—because the men he talked with expressed an interest in learning more. He concluded with some possible approaches:

There is great potential, Shand concluded—“but there needs to be political will and resources to take it forward.” 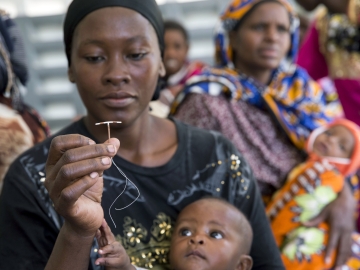