Climate Change: The Biggest Health Problem In The World

As an emergency department physician in Yellowknife, Northwest Territories, Howard, MD, sees climate change behind the warming of the subarctic permafrost, the asthma cases exacerbated by wildfires and the changes in the diet of the Dene people she serves. The experiences motivated her to do more than treat people affected by climate change.

Howard helped lead the Canadian Medical Association divestment from fossil fuels. She became president of the Canadian Association of Physicians for the Environment and is also International Policy Coordinator for the 2018 Lancet Countdown on Health and Climate Change.

In an August 3 address at the International Federation of Medical Students’ Associations conference here, Howard endorsed the association’s new effort to include climate change in medical school curricula by 2020.

In this Q&A, the fast-talking, funny and persuasive Howard describes the health impact of climate change, why medical education needs to adapt to a changing climate and how individuals can take action.

You are an emergency room physician in Yellowknife, Canada, and you are deeply involved in climate change issues. What health impacts of climate change have you already seen?

It's having huge changes, in terms of, basically, stability of ice and safety of ice travel. The permafrost is getting kind of boggy, and so that makes major infrastructure challenges. We've had health care facilities that have had to be redone, because they're essentially slumping. The changing landscape is making it tough for people to hunt. The latest survey that we have data on from Health Canada shows that [the Dene people] still get a lot of their lean protein from the land. Major changes to the land impact their ability to hunt. It impacts the food security.

They hunt caribou, and actual numbers of the caribou have fallen?

Mm-hmm. Our caribou herds—and it depends on the herd—but the numbers have really drastically gone down.

What about the mental health impacts and repercussions of climate change? In your speech, you mentioned this concept of “ecological grief.” How is that affecting people?

These are people, who live very, very close to the land, and who have generations' worth of traditional knowledge to help them navigate that landscape and live in a healthy way with it.

You've done a lot, in terms of mobilizing Canadian physicians to deal with climate change. How has that been received by the physician community?

You know, you don't really get that much pushback. I live in a place that is so obviously melting, that I haven't met a climate change denier since I moved north. It would be like saying that the sun is not out, when the sun is out. It just doesn't happen. I have very, very good support from my local medical community.

We felt like it was our job, as physicians, to be advocating and witnessing and bringing what was happening to these patients into the halls of power that we had access to.

One of the initiatives that IFMSA is launching is to ensure that climate change is part of the curriculum in medical schools everywhere by 2020. What do you say to traditionalists in medical schools who might say, “Well, that's not what we're about; we teach about healing people.”

I'm an emerg doc, and so I have to treat illness, regardless of what causes it. The only thing is we're going to be treating a lot more of it. I actually started a study on wildfires, because we had a really bad wildfire this summer in Yellowknife, and I spent one Tuesday, I remember, where every single patient I saw had an asthma exacerbation.

I lived through the summer myself, and it was really horrible, because we had to stay inside the whole time. That made me wonder what impact it was having on people's lives. We did a mixed method study.

Meanwhile, there's so much evidence that, A, presenting climate change in a health frame is the most effective way to motivate populations to take action, and that, B, physicians and nurses are some of the most credible messengers that exist. It's the biggest health problem in the world. We own the clinical cleanup. We're the natural content experts—in terms of framing in the most productive way—the most important issue of our time, in the last remaining time window for productive action.

To me, this is the most productive thing a health care practitioner can be doing with their time, at this moment in time.

In terms of adding climate change to medical school curriculum, what would be the absolute priorities?

What else would you suggest that medical schools include in their curriculum, in terms of climate change?

Well, I think it's important to cover the major impacts and also the major opportunities for action, and to recognize that a lot of those are very interdisciplinary. When you look at the makeup of the … Lancet Countdown, there's a tremendous number of disciplines that are informing that work, and they're all needed in order for us to generate an action plan.

There's economists and ecologists and financial planners and media people. It required that team for us to make the connection, for instance, between climate change, health, and carbon pricing.

What is your advice to people, in terms of what they can do, and to avoid the paralysis caused by hopelessness?

I would, number 1, ask people to reach out and connect, because that will help with those feelings of loneliness. You don't have to be lonely with this issue. Number 2, once you have those allies, choose a target. Choose whatever seems to make the most sense where you are. If there's a respirologist who's passionate about climate change and health, get air pollution into the curriculum. If there's an infectious disease expert who is, then maybe you'll talk about Lyme disease first. I think you make those small ins, and then you go from there.

Ed. Note: For medical students, alumni or allies interested in supporting the effort to include climate-health in medical school curricula, here is an IFMSA sign-up form.

Join the tens of thousands of subscribers in more than 100 countries who rely on Global Health NOW summaries and exclusive articles for the latest US and global public health news. Sign up for our free weekday enewsletter, and please share the link with friends and colleagues: http://www.globalhealthnow.org/subscribe.html 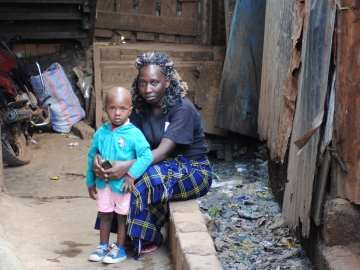