Opiophobia and High Costs: Untangling the Barriers to Palliative Care

As a palliative care doctor in Kerala, India, M.R. Rajagopal, MD, sees suffering every day. Often, that suffering could be alleviated with inexpensive opioid medications, but pain killers are largely unavailable to poor people in India and around the world.

Rajagopal shares the following story of a man with late-stage lung cancer in an October 2017 Lancet Commission report on palliative care. The man was in crippling pain and traveled several hours by bus to his palliative care clinic. There, Rajagopal treated the man with morphine for the first time. Soon after, “He surveyed himself with disbelief. He had neither hoped nor conceived that this kind of relief was possible.” The following month, the man returned for his medicine, but morphine was out of stock at the clinic. “I shall come again next Wednesday. I will bring a piece of rope with me. If the tablets are still not here, I am going to hang myself from that tree,” the man calmly told the doctors, pointing out the window.

“I believed he meant what he said,” Rajagopal says.

Suicide is an extreme yet not uncommon solution to severe, untreated health-related suffering, says Rajagopal. “According to national crime reports in India, about 25,000 people took their lives last year for health-related reasons—about one fifth of total suicides. So, it’s not a small problem.”

The Lancet Commission report assembled to study palliative care around the world showed that nearly half of people who died in 2015 did so suffering, and many more endured untreated pain. In addition, the researchers found that oral and injectable morphine, an inexpensive, effective drug for treating severe pain, is unavailable to most people in the world.

“Our argument here is that it’s suffering that matters. Because—how do you define a life? Is it just existing? Is it more than a beating heart? This suffering needs to be relieved,” says Rajagopal, a Commission member. The aim of palliative care is to alleviate symptoms from serious injury or disease, separate from curative efforts. Palliative care includes pain relief, but also psychosocial and spiritual support from professionals.

In the US, the amount of morphine required to treat each patient in need of palliative pain relief could be met 30 times over with the opioid drug supply available here. In Western Europe, which the Commission considered a happy medium in providing adequate pain medication, the need could be met 9 times over. Elsewhere, the morphine available to treat palliative pain is woefully inadequate. In Uganda, the morphine supply meets 11% of the need; in India, 4% of the morphine needed is available, and in Nigeria, it’s just 0.2%.

Why are pain medications so scarce around the world? The answers are complex, but two main reasons jump out: cost and fear.

In high-income countries and the US in particular, opioids are a multi-billion-dollar industry driven by new formulations of opioids. One drug alone—OxyContin, a slow-release pill containing the synthetic opioid oxycodone—has reportedly generated $35 billion for Purdue Pharma, the company that has been making it since 1995.

But what developing countries need most, say the researchers, is a drug used to relieve pain since the American Civil War: low-cost, off-label, injectable or oral morphine,

The cost of providing the morphine needed to relieve palliative-care pain worldwide would be extremely cheap at the lowest prices available, which high-income countries like the US command with their large, stable markets. Paradoxically, small and developing countries pay many times the US price for the same morphine. If that seems backwards, says global health economist Felicia Knaul, PhD, “It is backwards.” For example, the report found, the overall cost of essential medicines needed to deliver palliative care in Rwanda would cost the country 3 times more than if the African nation had access to the lowest international prices. And for injectable morphine alone, Rwanda pays nearly 6 times the lowest price.

Usually, pharmaceutical companies recover the cost of research and discovery—and often reap profits well beyond those costs—while a new drug is “on-patent,” and the price is high. After drugs go “off-patent,” they become much less expensive. There is little profit margin for cheap drugs, Knaul says, “so there is no incentive to produce them. Why would [drug companies] go for the off-patent market, if nobody makes any money?” The lack of supply makes it even harder for smaller countries to command a good price for morphine. Because they need a relatively small number of doses, drug companies can charge much more to start up production.

“The tremendously sad part is that the patient faces the much higher prices,” Knaul says, which she has seen in Mexico. “When cheap morphine is not available, and patients are not covered by any plan, the family sees them dying and they have to buy expensive, on-patent medications, if they can even get [them].”

Fear is the other factor driving the scarcity of opioids, which has surged because of the opioid crisis in the US—a phenomenon the researchers call “opiophobia.”

“This creates a barrier for people to access those medicines,” says Emanuel Luyirika, MD, director of the African Palliative Care Association. “There are myths among health workers, policy makers and even patients themselves. When people are not fully informed about palliative care and morphine, they have fears. Some people think that if you take morphine for pain control, you’ll become addicted. That’s not the case. Rarely do patients get hooked on the meds they are taking for [palliative] pain control.”

That’s because the opioid drugs used for palliative care in Africa—injectable or oral morphine—have a low abuse potential when used appropriately—in this case, under supervision, for the relief of severe pain. The opioid epidemic in the US is complex, but appropriate use of opioids in palliative care is not a major contributor here, either. Instead, it was fueled by rampant overprescription of drugs like OxyContin, which were sent home with patients in large quantities even after minor surgery or injury. “The US situation is making the debate so much more difficult,” Luyirika says.

In addition to the lack of prescribed controlled medications, Luyirika says, Africa also faces a shortage of doctors. “It means that, on top of all the other barriers, they also don’t have a doctor to prescribe what they need. In some countries, starting in Uganda, that issue has been solved by appropriately training nurses and medical assistants so these clinicians can prescribe oral morphine.”

But many medical schools and training institutes, Luyirika says, have not integrated palliative care in the curriculum, “which means that many health workers are not confident to prescribe these medications. They are not prescribed, not stocked, and the supply chain is not developed. That creates a cycle of lack of access.”

Where opioids are concerned, Rajagopal says, “the principle of balance is important. The whole world follows what happens in the U.S., the epidemic of opioid deaths. People find it difficult to listen to us; they say look what’s happening in the US—people are dying. But the other part of story is [this unrelieved suffering]. This is not something we can sweep under carpet. It has to be addressed.”

This is part II of a GHN exclusive 3-part series, A World in Agony: The Global Need for Pain Treatment. Read Part I, Palliative Pain Relief Woefully Inadequate Worldwide, here, and Part III, A Fighting Chance for Palliative Care, here. 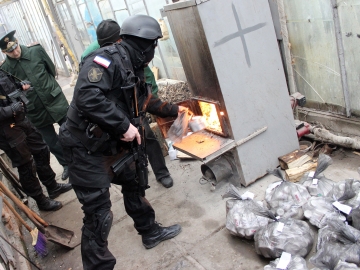 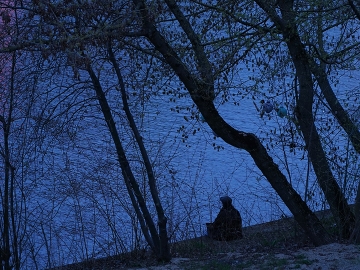 2021—The Year in Global Health