A Public Health Milestone for India

On Saturday, India’s government announced a much-anticipated decision to include the pneumococcal conjugate vaccine (PCV) in the government’s Universal Immunisation Programme (UIP). The vaccine will protect children against severe forms of pneumococcal disease, such as pneumonia and meningitis—a major cause of illness and death in the country and around the world.

GHN reached out to Kate O'Brien, executive director of the International Vaccine Access Center at the Johns Hopkins Bloomberg School of Public Health, who described the significance and expected impact of India’s decision.

India now joins 130 countries that have already introduced PCV, including Pakistan, Afghanistan, Nepal, and Bangladesh; why did it take India longer?
The decision to introduce a new vaccine is complex and every country’s process is different. India’s immunization decision-making process engages Indian scientists and public health experts who consider local and global technical evidence on disease burden, vaccine efficacy, costs, and many other topics before recommending introduction of a new vaccine. While many other countries, including India’s neighbors, have already introduced PCV, the important thing is that India has now decided to introduce PCV and started rolling out the vaccine in the first states. Introducing PCV will go a long way to help reduce pneumonia burden and improve child health in India. The launch, which took place at Mandi, Himachal Pradesh, on Saturday, May 13, is an incredible public health milestone for India and the world.

How many people will receive the vaccine in this initial launch, and how were they chosen?
PCV was previously available in the private market, meaning it was expensive and out-of-reach for millions of children. With this launch, the Government of India aims to provide PCV free of cost to approximately 2.1 million children across 3 states—Himachal Pradesh and select districts of Bihar and Uttar Pradesh—in the first year, ultimately scaling up to the entire country. Many of the states planned for the first few years of the phased rollout are those with the highest pneumococcal disease burden. With this strategy, the government has prioritized high-burden areas and demonstrated its commitment to promoting equitable access to PCV and ensuring it reaches the children and communities at greatest risk of severe disease.

What do you expect the impact to be?
Pneumococcal disease is a leading cause of vaccine-preventable death and illness in children under 5, both globally and in India. As it is rolled out across India, PCV has the potential to prevent tens of thousands of deaths and many more illnesses due to pneumococcal pneumonia, meningitis, and other syndromes each year. PCV also helps protect the broader community, including the elderly and children too young or old to receive the vaccine; even those who are not vaccinated themselves will benefit from the herd protection conferred by this vaccine’s use in the national immunization program. Another major concern in India and around the world is antibiotic resistance, and PCV is a critical tool to help combat this. The vaccine that India is using includes the pneumococcal serotypes that have been linked to antimicrobial resistance. Finally, by helping prevent disease and reduce hospitalizations, PCV will help Indian families and the broader health system avoid millions of dollars in treatment-related costs each year. 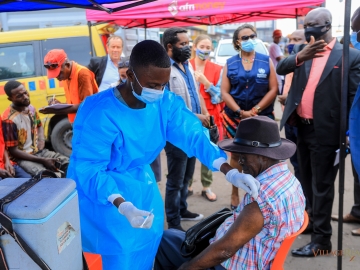 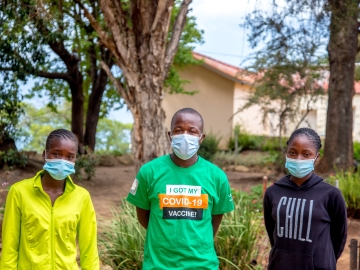