He shifted in his seat. Face down. No eye contact. Limited responses.

As part of my standard evaluation as a pediatric psychologist, I asked the 14-year-old about his gender identity and sexual orientation. He looked up at me and then my ID badge, which has a small rainbow sticker on it. Then he said, “I know my chart says I’m a girl, but I know I’m a boy—that’s why I tried to kill myself last week.”

At that moment, I realized the power of that rainbow sticker—and especially the strength of this child. I went on to provide psychological support and therapeutic recommendations, including LGBTQ+ support lines and “safe” health providers in the community.

As they develop, children need to explore, self-reflect, and discuss themselves and their families. But the “Don’t Say Gay” bill currently being considered by Florida legislature would ban any school discussions regarding gender identity and sexual orientation in primary grade levels or “in a manner that is not age-appropriate or developmentally appropriate for students”, which is vague and could apply through 12th grade.

So, consider these possibilities: A child with 2 same-sex or gender parents will be prohibited from discussing their family. If a child is struggling with their identity, they will be forbidden to ask for help. And parents will be encouraged to sue the school district for any potential violations.

Children begin to have an innate sense of their gender identity between ages 3 and 5, while gender consistency (recognition that gender remains the same across situations) occurs between ages 4 and 7. Gender exploration is a crucial aspect of development, and gender diverse children often feel alone, misunderstood or unsupported, which can result in negative physical and emotional outcomes. And primary school is a time for children to learn, explore, and develop socially and emotionally; this has lasting impacts on their perceptions of themselves, others, and the world.

A younger age of nonheterosexual identity is often linked with fewer internal and external resources; and without safe exploration and sharing of aspects of identity, children are at increased risk. For example, a recent Trevor Project survey  of nearly 35,000 LGBTQ+ youth found that 42% seriously considered suicide last year. This rises to 50% for transgender and gender-diverse children (who are 2-3X more likely to experience discrimination and a lack of safety at school).

Florida’s ‘Don’t Say Gay’ bill will undoubtedly have detrimental psychological and physical impacts on children and their families. Many LGBTQ+ children live in nonaffirming environments, and this bill will perpetuate the idea that gender identity and/or sexual orientation are shameful and to be hidden. This will further marginalize LGBTQ+ children, which will have long-term psychological impacts into adolescence and adulthood.

The evidence is clear and overwhelming that all students should be protected and that schools have the power to truly change outcomes for children. We are not only talking about freedom of speech and human rights, we are talking about life or death. I urge Florida lawmakers, the governor, and states such as Tennessee considering similar legislation to eradicate these potentially deadly bills and instead focus time and energy into supporting, affirming, and enriching the lives of all their students.

Natasha L. Poulopoulos, PhD, is a pediatric psychologist in Miami, a member of the Society of Pediatric Psychology, and co-author of several peer-reviewed publications. 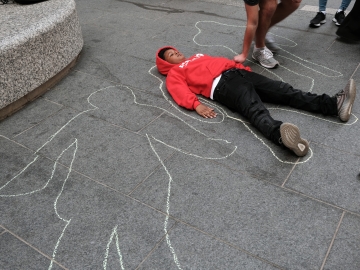