The Deadly Side of America’s Banana Obsession

LIMÓN—It’s a humid 95 degrees Fahrenheit and the sunlight peeks through the leaves of a thousand identical trees. Men maneuver through the dense rows, carrying enormous yellow fruits on their backs; on their hips, finely-sharpened machetes. Drenched in sweat, they delicately handle their prized harvest: bananas.

Hours earlier, the workers on the Costa Rican banana plantation likely heard an airplane overhead, followed by a spatter of pesticide drizzling down the leaves.

Americans, who buy bananas more than any other fruit, may not realize that most of their bananas are grown in places like Costa Rica, where rampant pesticide use leads to sickness.

In tiny print on the coin-sized stickers on banana rinds, beneath familiar brand names like Dole, Chiquita, and Del Monte, consumers can find a banana’s origin—usually Ecuador, Colombia, or Costa Rica. An overwhelming amount of pesticides are applied to the sensitive banana crops grown in these developing countries. In 2000 Costa Rica applied more pesticides per acre of farmland than any other country in the world. Although research studies have shown the risk of exposure for consumers is low, that is not always the case for those working on plantations or living nearby.

From nematicide (nematode or roundworm-killing) injections in soil, to insecticidal (insect-killing) banana bags, to fungicide (fungus-killing) aerial applications, pesticides are prevalent at every stage of banana production year-round.

Nematicide granules are applied to the bases of the banana stalks to prevent nematodes from destroying their root systems. In the 1970s, a nematicide used in the banana industry was found as the culprit for thousands of cases reproductive sterility. Shortly after, it was discontinued. Nevertheless, another study in the 1990s primarily traced 33% of Costa Rica’s pesticide poisonings to the nematicides used in the banana industry.

Insecticides are used in banana bags to prevent insect invasion and unaesthetic discoloration, but unfortunately the chemicals don’t always stay in the bag. In 2016, Costa Rican researchers discovered that approximately 49,600 pounds of insecticide from banana bags alone are secreted into the natural environment per year. The insecticides within the bags and the nematicides applied to the soil—both toxic to the brain and central nervous system—can volatize, creating pollution capable of traveling far beyond the application point.

And, the insecticides and nematicides are just the tip of the pesticide iceberg. Aerial applications are conducted multiple times per week, indiscriminately sweeping over the plantations while spraying fungicide on banana leaves to prevent infestation of what’s called the black leaf streak—a fungus that infects the leaves and interrupts photosynthesis. This fungus is of particular concern as it can reduce production yields by up to 80%—and it is getting a boost from temperature and moisture variations caused by climate change.

To fight the fungus, the banana industry typically applies mancozeb—a fungicide of rising scientific concern due to a slew of health effects—up to 90 times a year. In the US, the EPA recommends a minimum 24-hour wait before re-entry into a field aerially treated with mancozeb to protect workers. Premature re-entry has been linked to tumors, birth defects, cell mutations, and thyroid mutations. It is of particular concern for pregnant women because it can negatively impact the brain development of the fetus. Unfortunately, researchers in Costa Rica have discovered that pregnant women living closest to banana plantations have higher exposures to the fungicide due to nearby aerial applications.

Only a few companies, such as the nonprofit Earth University in Limón, have rejected harmful pesticide practices in favor of more natural pest aversion methods.

“It makes no sense for us to (operate) the same as the conventional (banana plantations),” says Erick Aguilar Vargas, commercial manager of Earth’s banana production. The Rainforest Alliance-certified plantation, which sells its bananas at Whole Foods stores across the US, has rejected traditional insecticide bags and nematicide injections, opting for more natural methods.

“Here we use a mixture of hot pepper and garlic that is sprayed on the bag—a natural repellant, not an insecticide,” says Aguilar Vargas. Additionally, they use compost to fertilize the soil, which prevents the nematodes from resorting to the banana roots for sustenance. “If they don’t have enough food, they’ll feed from the roots, but if you increase the organic matter in the soil, it creates a natural balance.”

The black leaf streak fungus, however, has proved harder to conquer without spraying. Still, Earth University has decreased applications by 30% by alternating chemical controls with a biological control, deploying fungus-eating microbes to the leaves.

The Rio Sixaola Plantation in Bribri, Costa Rica, has set aside approximately 100 acres of natural rainforest within its 600-acre banana plantation, called “Bananas Growing in the Forest,” where no pesticides or chemicals are applied—yet the pests remain at bay. The banana’s defense? Simply the natural environment. The tropical rainforest’s natural canopy creates shade that prevents the black leaf streak fungus from reproducing, natural decomposition on the forest floor deters root-destruction, and natural predators like bats keep insects at bay.

Unfortunately, consumers turn up their noses at these bananas for their smaller size.

Lee Burras, PhD, an Iowa State University agronomy professor, has been working in Costa Rica for 14 years. He has collaborated with massive commercial plantations, like Dole, on best crop practices for soil management and crop production. Burras has also dealt with the environmental impacts of intense agricultural production.

“Most of us walk into the supermarket and we want our bananas to look exactly the way we want, but we don’t think about the impacts,” Burras says. And banana-loving American consumers are driving the market in more ways than meet the eye. The current variety of banana found in most grocery stores, called the Cavendish, is particularly susceptible to diseases and parasites—requiring more pesticides. The Cavendish’s only benefit over Rio Sixaola plantation bananas is its slightly larger size.

According to Burras, “We all want this (difficult variety) of banana, but by doing that we are making banana production less and less sustainable. So, either we as consumers need to change or Costa Rica will have a bigger and bigger reliance on chemical means.”

“The simplest solution is to broaden the (banana varieties) that the wealthy consumers want, reducing the risk of disease and the reliance on pesticides, and change the entire banana industry in a very healthy way.” This raises the question that American consumers need to answer—is human life and health worth a smaller banana?

Ed. Note: This piece was updated with new sources for the statistics surrounding pesticide use in Costa Rica on April 3, 2020.

Madison Stewart is a masters student at the University of Iowa studying agricultural safety and health. She has a B.S. in environmental science from Baylor University. This article was written thanks to the support of the Pulitzer Center on Crisis Reporting. 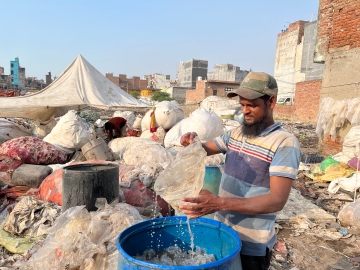 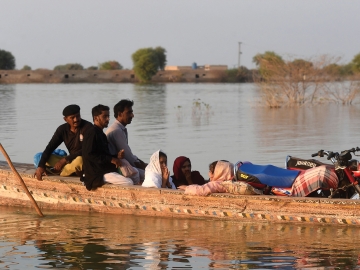