In Nepal, an estimated 56,000 people are burned seriously each year—yet only about 1,000 receive proper treatment. Through the lens of Rojita Adhikari, the photographer who accompanied journalist Joanne Silberner to cover burns in Nepal—the Untold Global Health Story of 2017—we learn more about the brave survivors they met, and the people trying to help them. Read the entire Blazing Injustice series here.

All images by Rojita Adhikari, an investigative multimedia journalist with experience in radio, print and TV who has covered migration, trafficking, violence against women and other social justice issues.

The Determined Surgeon on Their Side 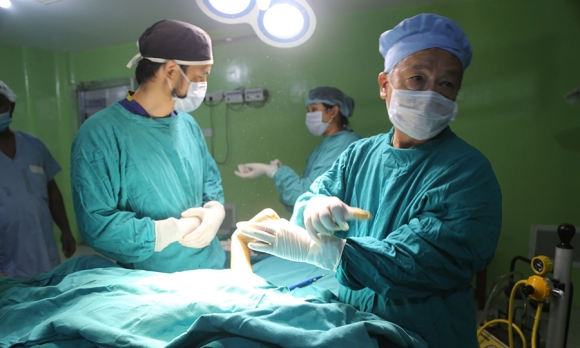 Dr. Shankar Man Rai, at work above right and profiled in Part I of the series, has devoted his career to bringing more attention and resources to burn victims in Nepal, where burns disproportionately affect the poorest people. 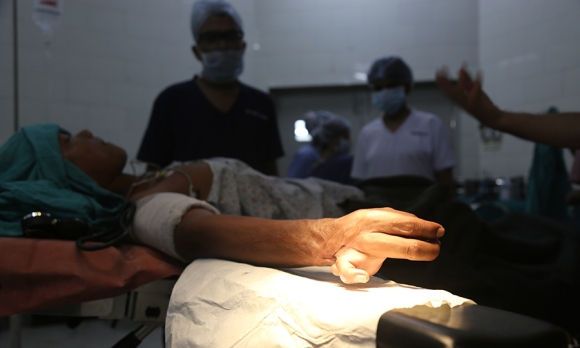 One of Rai's patients, 21-year-old Kamal Malla (above, ready to undergo surgery) badly burned his hand as a toddler, leading to thick scars called contractures that fused 2 of his fingers together. Rai was able to separate the fingers, but he's frustrated by the knowledge that Malla lived with contractures for 18 years that could have been prevented by splints, exercises and better wound care. Below, teaching students about burn care, the sobering stat flashing on the screen behind him must remind him of Malla: The average span between the time of burn injuries to reconstructive surgery in Nepal is 18 years. It's a gap Rai is determined to shrink. 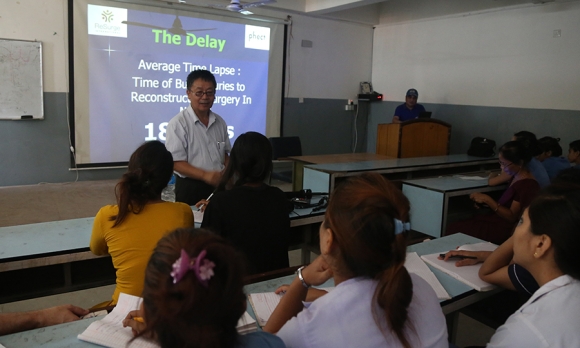 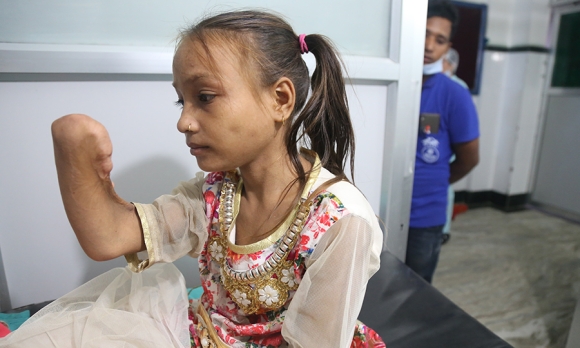 Anita, another patient of Dr. Rai's, was in need of 2 surgeries for burns to her arm and torso. Above, she awaits the first surgery, in Nepalgunj, on a "wing" of tissue from her arm to her back that was keeping her from raising her arm higher. 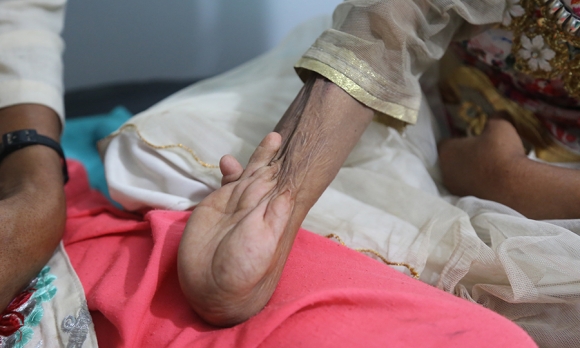 A close-up of Anita's hand pre-surgery. 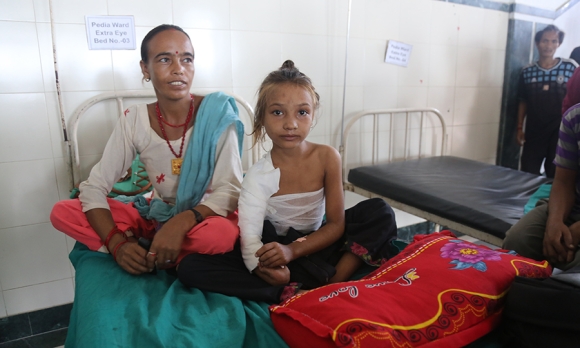 Shown here post-op, with one more surgery to go to free the fierce contracture binding her hand to her arm. 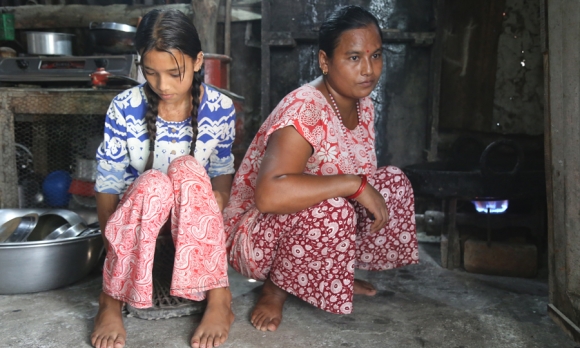 These images, featuring Saraswoti Shrestha (profiled in Part II), illustrate a common risk in Nepal: dangerous cooking practices. Saraswoti was badly burned by a pan of hot oil in her family's home when she was 8, about 5 years ago. And yet, the image above shows that there is still a cooking pan in use on the floor. But her family recently received a new, safer stove, shown below on delivery day, courtesy of a local NGO. 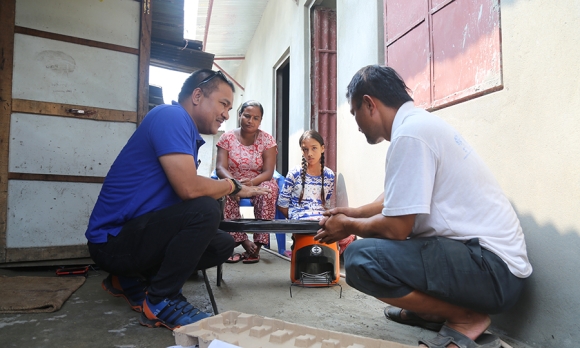 Prashanna Timalsina, the baby boy pictured above in his mother's arms, was playing with his grandmother when he fell into a pot of boiling milk 3 days before the photo was taken. Below, he is improving under the care of the Nepal Cleft and Burn Center, in the Kathmandu suburb of Kirtipur. But the family has already spent all the money they have—10,000 Nepali rupees, or about $100—and they're not sure how much the final bill will be, or how they'll pay it. 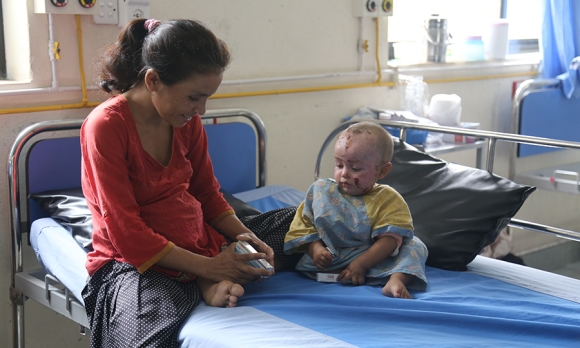 Padma Maharjan, below, works at the center that cared for Prashanna, where she spends most of her time changing the dressings on burn patients. Seeing their suffering pushed her to give talks to students and community groups about the many burn risks in Nepal, such as open fires for heating, ground-level cooking stoves, long loose fitting clothing that can catch fire, and substandard electrical wiring. 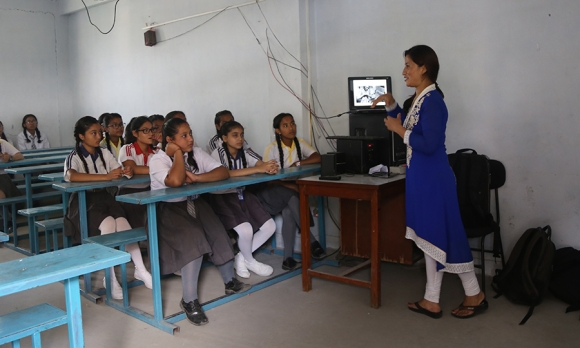 Above and below, students at Mangal Higher Secondary School outside Kathmandu learn about burns and prevention from Maharjan. 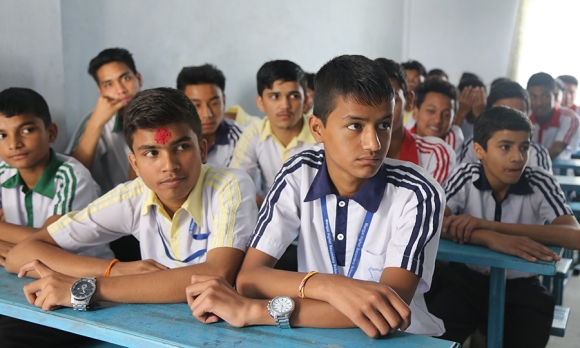 Urmila Devi Poddar stands beside her husband Ladayan Poddar, who accidentally touched a live wire and suffered burns so severe that his right arm had to be amputated. Image by Rojita Adhikari. 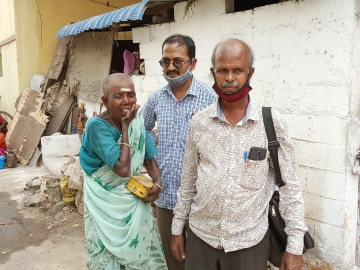