If you’re just testing your interest in population-level health or you’re a veteran public health-er, you may be a bit bewildered by the proliferation of the various “healths”: public health, global health, planetary health, one health… The differences can be squishy, the distinctions cloudy or monumental.

No worries! Global Health NOW is here to help. In this “What’s the Difference?” series, Marija Cemma, PhD, explains the disciplines based on research and interviews with global experts. We hope this will both clarify things as well as spur discussion on social media (see our Facebook page and Twitter feed) and in the comments section below.

Public Health
Public health is focused on improving human health from the population perspective. While clinical medicine focuses on individuals, public health operates at the population level, investigating and preventing causes of disease and ill health.

In 1920, Charles-Edward Amory Winslow, an American microbiologist and an American Public Health Association president, penned the classic definition of the field:

Public health is the science and art of preventing disease, prolonging life, and promoting physical health and efficiency through organized community efforts for the sanitation of the environment, the control of community infections, the education of the individual in principles of personal hygiene, the organization of medical and nursing services for the early diagnosis and preventive treatment of disease, and the development of the social machinery which will ensure to every individual in the community a standard of living adequate for the maintenance of health.

A more succinct, also commonly used definition of public health is from a 1988 Institute of Medicine (IOM) report, it describes public health as “fulfilling society's interest in assuring conditions in which people can be healthy.”

Tracing modern public health’s roots to the 19th century, Jeffrey Koplan, vice president for Global Health at Emory University, and colleagues posited that public health is based on 4 main factors in a 2009 Lancet article.

“Epidemiologic data have long, and increasingly shown the association between smoking and lung cancer. Nothing illuminates this more vividly than the change in the rate of lung cancer among American women: in 1900 virtually no American women died from lung cancer. That begins to happen after women begin to smoke, post-World War I and even more so, after World War II. By 1990, more American women were dying of lung cancer, and entirely preventable disease, than were dying of breast cancer! (Breast cancer mortality was virtually unchanged between 1900-1990, with about 15% reduction since due to screening and newer treatment options).

Women “run for the cure” but have not organized politically to stop what is now a greater killer of women—which is entirely preventable. The multi-faceted attack on smoking, largely popularized when Michael Bloomberg was Mayor of New York City (greatly increased taxes on tobacco products, prohibition of smoking in public places, counter-advertising, etc.) has, where implemented, reduced tobacco use by over 15%, and much more so among the critical younger teen years, when people usually begin to take-up smoking (and become nicotine-dependent).”

The referenced media source is missing and needs to be re-embedded.

What is health anyway?

Health is defined as a state of complete physical, mental, and social well-being and not merely the absence of disease or infirmity.—The World Health Organization’s 1948 constitution.

Evolving Language: What’s in a name?

“Hygiene” was once consistently aligned with public health. In the late 19th century and early 20th, “hygiene” was defined as a science of the establishment and maintenance of health, and public health was the application of that science. While this definition still stands, the term “hygiene” since changed its colloquial meaning and refers to cleanliness. 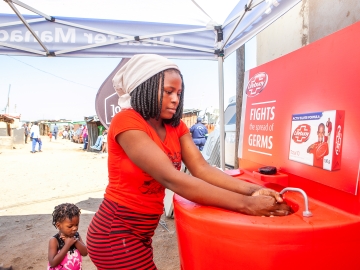