Climate and Health: The Heart of the Health Policy Nexus

With scant resources and a tight timeframe—just over a decade—to reach 17 Sustainable Development Goals and 169 targets, a “nexus approach” could unlock solutions to multiple challenges simultaneously.

But there’s one missing link the Commission should add: Climate and Health. I think this agenda sits very well at the heart of the Venn diagram connecting the other 3. And, since none of the commissioners work actively in the climate and health space, let me offer some unsolicited advice.

Climate and health as an agenda has grown in prominence, especially in the past decade. A common joke within the community is that at Copenhagen’s COP15 in 2009, all climate and health advocates could fit inside a telephone booth. Now, the movement can convene a 300-strong conference, as seen in last month’s San Francisco meeting, a prelude to the high-level Global Climate Action Summit.

A hashtag we frequently use on Twitter, #ClimateChangesHealth, summarizes the climate and health community’s core message. The 2009 Lancet Climate and Health Commission called climate change the biggest global health threat of the 21st century. The WHO projected 250,000 additional deaths annually from 2030–2050 due to climate-sensitive diseases such as undernutrition, infectious diseases, and heat-related illness. And apart from these slow-onset health effects, climate change is driving more extreme weather events, such as the hurricanes that hit the US and Philippines last September, killing dozens and affecting thousands of lives and draining limited healthcare resources. Recently, UN Secretary-General Antonio Guterres gave a warning: We are nearing the point of no return—climate action is urgently needed now.

The health sector’s role in addressing climate change spans both mitigation (reducing greenhouse gases to prevent further climate change) and adaptation (preparing to respond to climate change’s effects). Conventionally, given the projected and emerging health impacts of climate change, health systems are mostly seen as an adaptation sector, responsible for early warning for disease outbreaks or medical care during natural disasters. The WHO’s Climate-Resilient Health Systems framework provides guidance on how national health systems can be reoriented to match the needs of a warming planet.

However, there is a growing recognition that the health sector also can play a powerful role in climate mitigation. Expanding the reach of the Hippocratic tenet of “first do no harm,” preventive medicine now extends not just to patients, but also to patients-to-be and even the planet itself. For instance, for nearly a decade Health Care Without Harm has promoted “Global Green and Health Hospitals” that reduce their carbon footprints through renewable energy, proper waste management, and green procurement. Furthermore, health professionals are slowly engaging in broader climate discussions around cutting our fossil fuel addiction and promoting sustainable diets to reap immediate “health co-benefits” alongside direct climate benefits.

So why is climate and health at the center of the nexus of UHC, health security, and health promotion? First, UHC must be recognized as a climate adaptation strategy for the health sector, because strong health systems that are accessible to all provide a good baseline for preparedness to known and unknown climate-related health impacts. What the UHC movement must also think about is how to “climate-proof” healthcare—the way it is financed, the supply of health workers and medicines, access to electricity—so that health systems remain the last system standing in the face of climate disaster. Meanwhile, the climate and health community must leverage UHC to deploy “climate-smart” healthcare practices, such as green hospital design, sustainable procurement as promoted by the UN Development Programme, or even tying hospital reimbursements to carbon footprint reduction in addition to quality indicators. Transferring fossil fuel subsidies to universal health insurance would reduce carbon and increase coverage—providing a strong argument for climate mitigation.

Turning to health security, consensus is growing that climate change is creating the environmental conditions for the emergence of new infections and the re-emergence of old ones. Through viruses spread through population mobility, bacterial outbreaks from flooding, or food poisoning due to rapid spoilage, climate change plays a role in the transmission of climate-sensitive infectious diseases. Hence, similar to UHC, strengthening health systems to ensure global health security is also part of the health sector’s climate adaptation approach. As disease surveillance systems are built, they should be linked to climate monitoring as well. Resilience—global health’s favorite new buzzword, since the 2014 Ebola epidemic—can actually be a useful and unifying frame, applicable to any kind of health system stress or shock—whether a pandemic, an influx of migrants, armed conflict, or a climate-related natural disaster.

Finally, protecting the climate is health promotion on a planetary scale. Shifting from fossil fuels to renewable energy will not only reduce greenhouse gas emissions for climate stability, but it will also lower particulate matter and other air pollutants, preventing heart attacks and asthma. Transitioning from predominantly meat-based to plant-based diets would not only reduce emissions but also prevent chronic diseases (and help address antimicrobial resistance). And promoting active transport over cars can get people moving, combating the obesity epidemic. These climate mitigation interventions go beyond traditional behavioral approaches, targeting the underlying social and ecological determinants of health—which, in the spirit of the Health in All Policies (HiAP) approach, are the ultimate goals of health promotion policy.

I agree with the Commission’s inaugural commentary that global health today is deeply fragmented, and that integration is urgently needed in order to maximize health. I would add that unfortunately, global health remains detached to the emerging realities of the 21st century, such as the civilization-level threat of climate change. Ignoring this inescapable backdrop may lead to missed opportunities from the potentially promising synergy of this new quartet. That would amount to a huge loss for health improvement worldwide.

Renzo Guinto (@RenzoGuinto) is a Filipino physician working to energize the emerging field of planetary health. A Doctor of Public Health candidate at Harvard and an Aspen New Voices Fellow, he is the sole student member of the The Lancet Planetary Health editorial advisory board, and is currently establishing PH Lab, a “glocal” think-and-do tank for generating innovative solutions for Philippine health, public health, and planetary health. 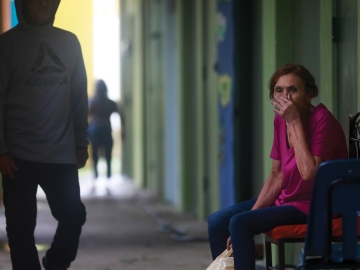