In Nepal’s burn wards this September, journalist Joanne Silberner saw people recovering from recent burns or surgery. And they were the lucky ones. Perhaps only 1,000 of the 56,000 people with serious burns each year in that country get adequate treatment. The luckiest ones, of course, are the people who benefit from nascent prevention programs and don’t get burned at all. In this Q&A, Silberner, a freelance journalist and former NPR science reporter, shares indelible images from her reporting, thoughts on why burns have failed to resonate as a global health issue and the sense of fatalism that keeps some people from embracing prevention.

Dr. Shankar Man Rai, head of the Nepal Cleft and Burn Center, estimates that just 1,000 out of 56,000 people who are seriously burned every year in Nepal get proper treatment. What is life like for the 55,000 who don’t get care?
They have to live with whatever their symptoms are. Kamal Malla, who was in the first story, lived with a deformed right hand for 18 years. The deformity kept him from being able to use his hand, and also exposed him to stigma from friends and potential employers – all because of something that was easily fixed. Most of the care providers I’ve interviewed over the years have one patient who sticks in their memories. For Dr. Rai, it was a woman whose contractures locked her calves to her thighs. Her only way to get around was knuckle-walking in a sitting position.

You observed Dr. Rai operating on burn victims. Do you have a sense of the difference this surgery makes in people’s lives?
Night and day. Imagine not being able to use your dominant arm, or not being able to walk, or having your head locked down to your chest. Now imagine that you’ve had a two-hour surgery and suddenly you can use your arm, or walk, or raise your head.

Is there a stigma against people in Nepal who have been burned?
Yes, definitely. People, including kids, make fun of them. Employers avoid them. Perhaps the worst stigma, though, is that the medical system (government and NGOs) pay them little heed.

What surprised you most in your reporting for this series?
That so many surgeries could have been avoided with proper burn care from the start. All the operations I saw for contractures would not have needed to be done if proper immediate treatment was available.

During your reporting, what image or interview had the most impact on you?
Hmm. So many! Dr. Rai, at the end of a day that had left me exhausted just following him around, fully focusing on a patient telling him about a burn. Padma Maharjan getting up in front of a classroom of hyperactive students in an effort to get them never to appear in her burn ward. And every patient who shared a story.

There’s such a huge difference in risk for burns and treatment for people in wealthy countries and people in resource-poor countries. Is that a reason burns aren’t a global priority?
That’s one reason. Other reasons I’ve heard: burns aren’t infectious, so my burn in Nepal doesn’t threaten your health in a rich country—no mosquito or sex act is going to transfer my burn to you. That’s pretty uncharitable, I know, but the fact is that advocates for more help with burns can’t pitch infectiousness as a selling point. Other reasons include the lack of awareness that prevention is a money-saver, and that adequate treatment from the start can prevent long-range problems.

What do people in developed countries not understand about this issue?
First, that burns are preventable. I will never look at a fire extinguisher or overhead sprinkler system the same way again. And I will fix the smoke detectors in my home, which are fond of going off at random times, meaning that I just turn them off. And the other thing that I think is not well-understood is that it’s much more humane, and usually not that expensive, to make sure people have access to immediate burn care than to let them suffer pain in the short run, and likely contractures in the long run.

What were the burn wards and ERs like that you visited in Nepal?
The wards were full of people recovering from immediate burns or contracture surgery. I didn’t see any artificial skin in use—that’s quite expensive. And I was told that there’s a law in Nepal limiting the use of cadaver skin.

What will it take to make preventing and treating burns a global priority?
Several of the people I interviewed said it’s a matter of convincing governments and NGOs that burn prevention is a big money-saver, and burn treatment is a good value. And there’s a growing push from a variety of NGOs to improve access to surgery, and include it in the basic package of benefits that many governments and insurers offer.

You wrote about a sense of fatalism about burns—that people think that accidents happen or it’s God’s will. How will that perception change?
That’s the toughest question yet, and it gets to the central challenge with prevention – how do you win hearts and minds for prevention? People don’t have much of an imagination for what might have happened if they had not accepted your vaccine, or had not put that cooking stove up on a table away from the center of the room. In other stigmatized conditions, it’s been celebrities, athletes or other famous people speaking out that has really gotten people to believe in early treatment or prevention – think Demi Lovato in the US or Deepika Padukone in India or the royal family in the UK talking about depression.

What can readers do to help?
Prescriptions go beyond my role as a journalist. That said, what’s impressed me the most in the 15 years I’ve been reporting on neglected diseases is the value of accessible, comprehensive primary care that includes a focus on all kinds of prevention. Such systems mean that burns would be less likely to happen, that when they did occur people would get immediate treatment, or with more serious burns, referral to somewhere they could be helped. There are so many ways! Working towards primary care for all, getting involved in the growing movement to provide surgical care in low- and middle-income countries, doing on-the-ground work in prevention, donating to NGOs that work in these areas, or figuring out ways to get governments interested—all would be helpful. 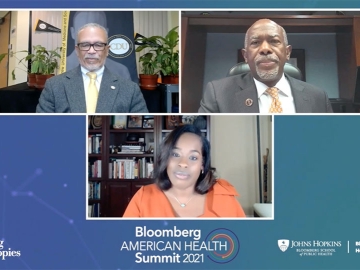